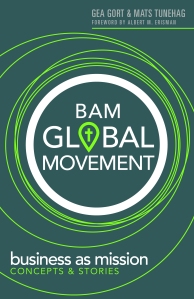 BAM Global Movement: Business as Mission Concepts and Stories is a book about doing business to honor God and have a positive impact on people and societies. Where many see “ministry” as being separate from work and business, Gea Gort and Mats Tunehag see them as being critically aligned. In the book, you can read about how ideas regarding mission, church, and charity are shifting, and a growing number of Christians are aiming for a missional way of living and doing business. Gort and Tunehag explain the BAM concept through theory, history, and theology, but most importantly with stories to show what it looks like in real life.

The following is a special excerpt from BAM Global Movement selected for you. The powerful ongoing mission detailed below is one that is sure to touch you and make you reassess how you can impact the lives around you through your work and connections to businesses.

A Restaurant with a Mission

“Through working in my business, I’m experiencing more of God,” says Faouzi Chihabi. “I have my faith in my head and heart, but now it’s also flowing through my hands.” Faouzi studied theology to become a minister, and then worked on issues concerning vulnerable youth for both the Dutch and European governments. Presently, he owns the trattoria Borgo d’Aneto. On the riverside in Rotterdam, his former work experience and his faith merge in this restaurant-with-a-mission.

The latte macchiato is poured carefully. The Italian bun is crisp; not too soft and not too hard. The plate nicely decorated with fresh vegetables. Faouzi trains his crew to keep an eye on the customer. In every area of this restaurant, they pursue a high-quality standard.

Borgo d’Aneto is an approved apprenticeship for youth “at risk” who attend special schools offering vocational training. Faouzi reacts strongly to the assumption that it is an extra challenge to maintain high quality with these young people working in his restaurant. “These boys and girls might have a low IQ, but it’s the biggest misconception that they are not socially adept. They are actually very sensitive and intuitive.” He sees them flourish in his restaurant, although sometimes a meal ends up in the trash. “As a business we cannot afford to put something on the table that doesn’t meet a good standard. When a plate is thrown in the trash, these youngsters might feel they themselves landed there, but they learn through failure to continue, despite a setback. They realize their contribution matters, and that realization causes growth.”

The Remedial Effects of “Real Work”

Faouzi knows the ins and outs of working with vulnerable youth. Before he became a restaurant owner, he worked in this field for the municipal government at district level. He later became involved in research at the European level, where he developed an educational program that involved simulating businesses so youth could experience the “real world” in a classroom setting. He realized, however, that this wasn’t the same as working in an actual business. “I have to address these young people if they are doing it wrong, because the survival of my business depends on how they perform. A teacher in a simulated business setting can permit them to shy away from confrontation. Creating such a ‘safe learning environment’ is unhealthy for other reasons. Young people can become frightened with warnings like ‘here it is safe, but later in the real world . . . !’ Youth need to learn that failure is a part of life.” 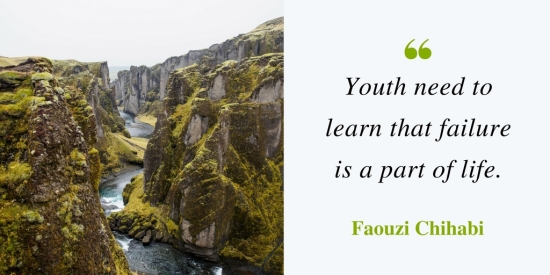 Faouzi can identify himself with these “problem youth.” He was born in Morocco and came as a child to Antwerp in Belgium, where he grew up in a difficult family situation. Around the age of twenty, his curiosity was stirred by a friend of African descent, who changed in a positive way after his conversion to Christianity. “I started reading the Bible,” recalls Faouzi. “The Sermon on the Mount especially impressed me, which is full of examples of how God cares for us as a Father. I came to believe it was true. As a Muslim I was used to understanding truth rationally, but this became a deep soul issue. It was an irresistible and beautiful inner feeling, which I couldn’t resist. I prayed the sinner’s prayer on my own and God’s Spirit came over me. It felt like a shower, an overwhelming inner cleansing.”

He studied theology, but during his first year as an apprentice in a little town, he saw too little of a connection between the pastor and the regular, daily life of the congregation. “It felt oppressive to me. Too often the life of a pastor revolves around sermons, management, and pastoral work. I saw a danger of living in an ivory tower, far away from the reality of life. What intrigued me was how a pastor could understand the daily problems people face in their work and family.”

Distance between theory and practice is not only a problem in the church but also in wider society. According to Faouzi, “In our schools we teach mainly theory. It’s like we teach the ‘definition of walking,’ but we learn to walk by falling down! A few centuries ago, education was for the elite. Now education has become ‘a must’ for everyone. But entire groups of young people feel imprisoned in our educational institutions, where the emphasis is on learning by using your head, with hardly any appreciation for working with heart and hands.”

He firmly believes that the normal working life should be much closer to young people. “Government legislation in most Western countries contributes to a dualistic way of thinking. A ten-year-old boy comes here regularly. He wants to do something, but I cannot give him a few euros to bring empty bottles away, because that could be considered here in the Netherlands as child labor and get me into trouble as a business owner. But this boy’s confidence could grow if I commend him on a job well done. Instead of stimulating his work ethic, our society chooses to postpone his work identity to a later time. He is forced to get bored and hang out on the street. Is that what we want?”

According to Faouzi, this thinking-in-boxes is undermining society, and he sees it everywhere. “When I meet management leaders of large companies to talk with them about corporate social responsibility, they tell me: ‘Social responsibility? Go to that office, that department is taking care of it. Another company sponsors African children and has pictures of them on the wall. Wonderful, right? But are we then turning away to continue our focus solely on business profits? The question is how we integrate humanity and make that part of the DNA of the entire business, including management and products.” For Faouzi “doing good” isn’t some kind of tithe to God and society; he wants to saturate the entire company with humanity. Faith and God are central in that aim.

“God is a generous God. He is a God of abundance,” continues Faouzi. “He is the ultimate host. How can we reflect that in our restaurant?” God as Father is another source of inspiration for Faouzi. A father is someone who stands next to you; approachable, accessible, and close. “At first I was not planning to run this restaurant or work in the kitchen myself, but the managers and chefs I hired did not want to work with the youth the way I had in mind. Cleaning toilets? They objected to cleaning toilets, that was a job for trainees! In my opinion, a leader works alongside his people and rolls up his sleeves as well.” 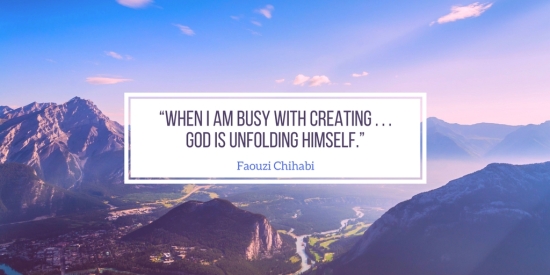 Not only is business holy, but all work is holy. “It is not a coincidence that the first verse in the Bible begins with God creating heaven and earth. The first time God’s name is mentioned, it is connected to work: God created. I myself did all the spiritual exercises that you can imagine. I have prayed and fasted, because I desired to know what God wants, but every time there seemed to be some kind of distance. Please allow me to speak from my own experience, but I’ve never experienced God’s presence before as I do now. When I am busy with creating here in this restaurant, God is unfolding himself.”

Faouzi has found a way to connect work, life experiences, and faith. Meanwhile, he continues to work side by side with vulnerable young people, interacting together with clients from different back-grounds. He finds ways to make God’s heart tangible on the work floor: as a father of young people, as a host for his guests, as a creator of concrete products. But this is not “mission accomplished.” On the contrary, Faouzi feels the need to bring appreciation for craftsmanship back into society and wants more people and businesses to get involved in transferring craftsman skills to young people. In his own neighborhood, he would love to see more of that kind of business activity. Although his restaurant is fully booked most of the time, this is not his measure of success. His dreams are bigger.

Dr. Gea Gort (www.GeaGort.com) is a trained journalist and studied transformational leadership in the global urban context at Bakke Graduate University, where she serves as adjunct faculty and is a regional board member. She is passionate about innovative mission in an urban and global context. In her hometown of Rotterdam (Holland), she initiated City Prayer, directed a Christian leader’s network, and advised the government on multicultural affairs. 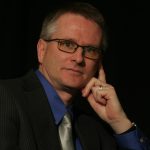 Mats Tunehag (www.MatsTunehag.com) is a speaker, writer, and consultant from Sweden who has worked in more than half the countries of the world. A global thought leader for the Business as Mission movement for over twenty years, he is chair of BAM Global and has led two Global BAM Think Tanks. Tunehag has served as a senior leader in BAM for both the Lausanne Movement and World Evangelical Alliance, and was the convener of the Global Consultation on the Role of Wealth Creation for Holistic Transformation. Tunehag serves part time with a global investment fund that helps SMEs to grow in size and holistic impact in the Arab world and Asia.

This post was shared Spring 2018 on the site of Hendrickson Publishers.