Is social justice on the church agenda?

“Justice is not on the church agenda,” says Antonie Fountain, while looking at the few people that joined his ‘sphere track’ on social justice. The four of us look even less significant in the large main hall, which was moments ago filled with 120 participants of the Call2All conference (on missions in Europe). They all left for other tracks, discussing spheres of influence like education, family, church, business, civic & government .

“We are all called to seek justice,” continues Antonie (32). “It is not a special hobby of a few. Take prayer – we are all called to live a life of prayer.  Likewise with social justice – it is not about ‘helping a bit’ but seeking justice should be a natural part of the Christian life.”

Scars on the back of youngsters

Under the flag Stop the Traffic, Antonie campaigns and lobbies to fight child labor, human trafficking, and similar injustices. In the next month he will visit African plantations where he will see in real life the raw realities of the white scars caused by whipping on the backs of youngsters.

“Our whole system is sick,” is Antonie’s conviction. “Our economy needs a reset button. We say that nations like Brazil and China are developing, but the rich get richer and the poor get poorer.” He sits regular around the table with politicians and CEO’s of large companies. They see results, but it’s not enough for Anthony: “We are on a sinking ship and the church is not aware of it.” Counting the number of people around this  table, he has a point.

“We have a lot of know-how on this table,” says Steve Goode, who leads Youth with a Mission’s relief and development work and is regularly in close contact with the Dalit, India’s lowest cast. “When listening to the Dalit people what Christ means in their situation, they answer: ‘Christ died for us, which means we have value as humans.’ But they are also aware that education is needed, so their children won’t be used and abused.” 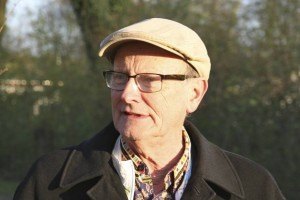 An older man joined the table, listened and kept quiet. He introduced himself as George Verwer. I know that name. He has been around in the Christian world. George (73) is the founder of OM (Operation Mobilisation), one of the world’s larger mission organizations. What is his opinion? Is the church only concerned with ‘the spiritual’, like prayer, evangelism and building the church, while neglecting caring for the poor? I turn to him: “What do you think?”

“In 1974 at the Lausanne Convention we were called to social action,” recalls George. “A lot has changed since. A lot is happening, but we don’t hear about it. People involved are too busy. They don’t show up at these kinds of conferences. They in turn are often not aware of the changes that have happened in the church. Of course there are still Christians who are not involved in this area, but many are – and the number is growing.”

Conversion in my theology

“I’m a living example,” continues George. “Nine years ago I had a deep conversion in my theology. Steve just mentioned India; as OM we are now running over three hundred schools there. The church is awakening, things are being done but we don’t have the swell yet needed for a social reformation.”

“Part of my paradigm shift is also a willingness to work together with non- and different believers,” Verwer continues. “It’s not a we-don’t-trust-you anymore, but instead a we-embrace-you. In the meantime we are all still learning, because dealing with social justice issues is extremely complex. It’s huge. It’s not a quick fix, changes can take years. But these issues are at the heart of God. It’s not just something we ‘should do’, but they are at the heart of mission.”

One of the organizers of the conference has joined the group, and asked me to write a report on the conversation. “This kind of interaction is what the conference is about.” The number of people at the table didn’t increase, but the sense of significance did! Hearts and spirits connected at that table. Is it the anointing of the Lord on the ‘works of Jubilee’ – as a participant mentioned at the conference? That’s where the gospel is all about: setting the captives free, proclaiming the year of Jubilee…