Ways to get involved with modern-day slavery

“Lord, what is the pain in my city? Who are the ones enslaved and hurting – I don’t know about? Will you show and bring me in contact with them?”  That became my prayer after the Hope for Europe conference in Budapest. The theme in our city-network was ‘the pain in our cities’. .

A year later I’m brewing on a subject for a new book. The subject is slavery; slavery in history, as well as modern day slavery. Next year July 1st it will be 150 years ago that the Netherlands abolished slavery. Most folks within white middle class churches are not aware that the effects of this crime against humanity are still felt on the streets of our cities. I wasn’t aware, until recently. It shouldn’t surprise us though, since mindsets are passed on from generation to generation. Mindsets created through enslavement are jokes not easily cast off.

Meanwhile the awareness grows that God is giving a wake-up to the church to collaborate to battle present-day slavery. Jennifer Roemhildt Tunehag leads European Freedom Network (EFN). According to Jennifer 120 thousand people are every year being trafficked in Europe alone. Many come from Eastern European countries. 79% of this number is sexual exploited. This means that hundreds of women are abused and battered in my city!

Collaboration – with governments and local social institutions – is part of battling this evil on a structural level and helping these women on ground level. But, Christians collaborate as well: organized crime in the world has no borders anymore, but Christians aren’t restricted by borders either! In 2,5 years time the EFN has 114 partners in 27 countries, and organize gatherings. If you want more info, contact Jennifer at info@europefreedomnetwork.org 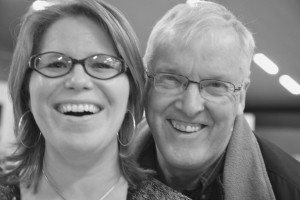 Sexual exploited women are not the only victims of modern-day slavery. Poverty makes people vulnerable for abuse. The lowest cast in India, the Dalit, is an example of a slave-mindset not easily changed. (See also Dalits Unshackled – underneath). Battling poverty seems overwhelming, staggering, but God Himself is on the move. He is giving us a wake-up call. Writing this blog is an example thereof – writing about slavery wasn’t on my agenda!

What can we do?

Pray. Start with telling God that you’re available. He listens indeed – He knows our gifts and talents. We don’t have to change the world all by ourselves. It’s first of all God’s mission. He knows how, where and with whom we can be involved.

Grow and feed a passion for social justice. Start reading, watching, thinking and reflecting. Look for stories in history, read books, newspapers and magazines, watch documentaries. Ask and reflect: How does this effect me?

Share your personal story. What does it mean to you; how does it effect you? We are over-fed by overwhelming statistics, but our personal stories touch and move others. Use social networks to spread your story.

Suggest to sing songs in church about social justice. Our theology is influenced by what we sing!

Help with research. You can help for example with local mapping (report on houses and places where you suspect trafficking to take place). See more on the websites below.

Political action. Politicians do read the letters they receive! Or join local, national or international politics.

Help to change mindsets. Support Christian schooling of children in poor areas. Worldwide poverty is most of all changed by a changed mindset.

(With thanks to Stephen Goode, YWAM Relief & Development)

Not For Sale; the Return of the Global Slave Trade – and How we can Fight it, David Batstone (2010)

Half the Sky, Turning Oppression into Opportunity for Women Worldwide. Nicholas Kristof and Sheryl WuDunn (2010)

‘Voice of the Voiceless’ (5 minutes)

How can you help for 15 minutes? One hour? One day? A month? Look at: http://www.notforsalecampaign.org/empower

Prayer booklet: Voice of the Voiceless